The first Cryptocurrency – Bitcoin, was released in 2009 by a pseudonymous developer/s by the name of Satoshi Nakamoto.

The true identity of this person or group has never been confirmed.

Bitcoins ticker symbol is BTC (however, XBT is also used by some digital exchanges).

Many will have heard stories of somebody paying for a couple pizzas around a decade ago with a large quantity of bitcoins, now called Bitcoin Pizza Day. Bitcoin has captured the imagination of many since 2009, even though the true identity of it’s founder, Satoshi Nakamoto, has never been confirmed.

Like all new and disruptive technologies, it has attracted both praise and scrutiny since its inception, however with mainstream adoption looking closer and closer as each year passes, it seems Cryptocurrency (including Bitcoin) is here to stay. The history of Bitcoin is fascinating from several aspects, including adoption by leading companies, halving dates and their impact, major bull and bear markets, and the rise of this most known Cryptocurrency.

Below is a Bitcoin timeline that tracks key moments in history, from its inception to today.

Although there is no formal confirmation, it is believed that Satoshi Nakamoto began working on the Bitcoin concept in 2007.   However, Satoshi Nakamoto is a Pseudonym (Alias) for the developer/s.  To date, the true identity of this person or group of developers has never been revealed or confirmed.
2008
August 15 2008

While the patent now has a status of “Abandoned”, and all three deny an association with Bitcoin, there many similarities to the functioning of Bitcoin. Another coincidence appears that 3 days after this patent was filed, the bitcoin.org web site was then registered. 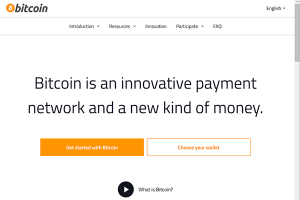 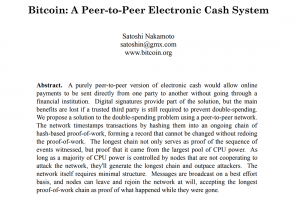 The paper details methods of using a Peer-to-peer network to generate what was described as “a system for electronic transactions without relying on trust”.

Embedded in the coinbase of this block, which can contain any arbitrary data, was the text:
The Times 03/Jan/2009 Chancellor on brink of second bailout for banks.
The text refers to a headline published on the 3rd January 2009 in The Times, and is considered both a timestamp of the genesis date and a “dig” at the financial system instability at that time caused by Fractional-reserve banking. 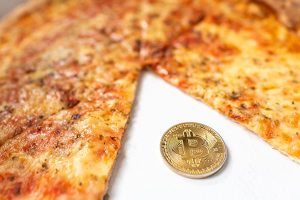 The deal came about when Hanyecz posted on the BitcoinTalk Forum that he would give 10,000 bitcoins to anyone who brought him pizza. Someone in the UK took him up on it, ordered two pizzas from Papa John’s in Hanyecz’s area, paid $US25 for them, and got the 10,000 bitcoins in exchange.

At the time, Bitcoin was worth approximately 0.003 cents each. So the 10,000 BTC was theoretically worth about US$30.
The deal is legendary with the 22nd of May each year now known as Bitcoin Pizza Day.

Mt. Gox (an abbreviation for Magic: The Gathering Online Exchange) is established by Jeb McCaleb, as one of the first Bitcoin exchanges online.

The Cryptocurrency exchange holds significant history for multiple reasons, including during 2013 it had become the largest exchange in the world, handling approximately 70 percent of all BTC trades globally (by volume). Sadly, the exchange became the subject of scandals, hacks and the infamous loss of 744,408 of their users’ Bitcoin through a hack that reportedly ran over several years.

On the 28th February, 2014, Mt. Gox exchange filed for bankruptcy in Tokyo and closed.

In Aug 2010, a bug in Bitcoin’s source code was exploited by someone who to this day remains anonymous. The anomaly was in block # 74638 and quickly spotted on the Bitcoin Talk forum by Jeff Garzik.

The bug that caused this “value overflow incident” resulted in 184 billion Bitcoins being created. Ultimately a fix, to change the consensus rules that rejected output value overflow transactions was released in just five hours. There was no significant impact on the price of Bitcoin.

Bitcoin reaches parity with the United States Dollar (USD), touching $1 per BTC for the first time at Mt. Gox exchange.

BTCChina (the exchange-side was renamed as BTCC in September 2015) is established by Yang Linke and Huang Xiaoyu, and launches the first Bitcoin exchange in China.

This Cryptocurrency exchange holds significant history for multiple reasons, including it became the world’s oldest Bitcoin exchange (after the collapse of Mt. Gox in 2014); was the world’s second largest BTC exchange by volume in October 2014; and as of 2021 is still running and therefore the world’s longest-running crypto exchange.

“The BTCC exchange was eventually sold to an investment fund in Hong Kong, and BTCChina now says it is exiting all bitcoin related businesses amid a widening crackdown in China” – Source: South China Morning Post (24 June, 2021)

At WordPress.com, our mission is making publishing democratic — accessible and easy for anyone, anywhere. And while anyone can start a free blog here, not everyone can access upgrades (like going ad-free or enabling custom design) because of limits on traditional payment networks. Today, that changes: you can now buy WordPress.com upgrades with bitcoins. 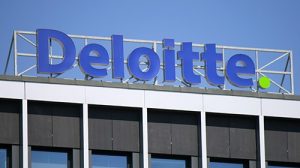 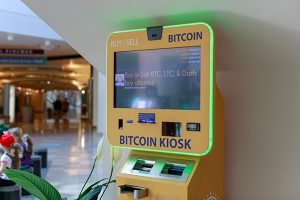 The growth in the number of Bitcoin automated teller machines (ATMs) between March 2015 and September 2016 more than doubled.

In March 2015 there were 353 Bitcoin ATMs, which is a substantial number given Bitcoin had not gone mainstream at that time. By the end of September 2016, this number had increased by over 118% to 771 ATMs worldwide.

Bitcoin (BTC) experiences a deep bear market throughout all of 2018 with price ultimately reaching a bear market low around US $3,222 per Bitcoin on 15th December 2018 (Source: CoinMarketCap).

This was a decrease in price by over 80% since the 17th December 2017 high, and this bear market earned the term “Crypto Winter”. 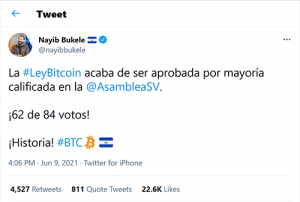 President Nayib Bukele confirmed that 62 members of the legislature voted in favor of the bill, 19 opposed it and there were 3 abstentions.

This will be a major boost to El Salvador citizens as only 30% have access to financial services, and remittance money makes up approximately 22% of El Salvador’s GDP (so citizens will save significantly on remittance transfer fees). As Forbes states, this law is “ushering in a new era of global monetary inclusion“.