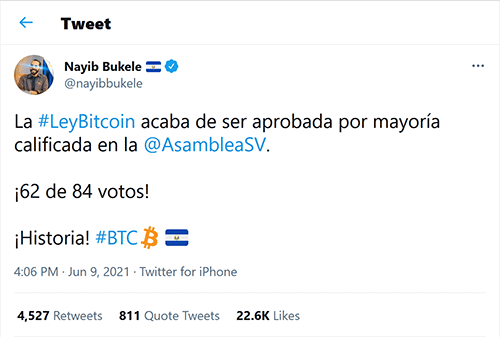 El Salvador (a country in Central America) makes history by becoming the first country to officially adopt Bitcoin as Legal tender. President Nayib Bukele confirmed that 62 members of the legislature voted in favor of the bill, 19 opposed it and there were 3 abstentions. This will be a major..Read more

Bitcoin (BTC) experiences a deep bear market throughout all of 2018 with price ultimately reaching a bear market low around US $3,222 per Bitcoin on 15th December 2018 (Source: CoinMarketCap).   This was a decrease in price by over 80% since the 17th December 2017 high, and this bear market..Read more